Why is Alberta’s policy a regulation and not a tax?

Alberta’s government officially says it doesn’t have a carbon tax, and I agree. But if I had a dollar for every time I’ve heard someone claim it does, I could buy a lot of anti-oil sands ads, and maybe a politician along the way.

I hear about Alberta’s so-called carbon tax from business people, politicians, journalists, environmentalists, sometimes even economists (who should know better). But the policy in question is, in fact, a “performance regulation,” that sets a maximum “emissions-intensity” for industries, and fines them $15 for each tonne of CO2 emissions in excess of that maximum.

Good news for stopping carbon pollution in BC

Today, on Earth Day, the NDP under Adrian Dix made a convincing case for British Columbians' support in the upcoming provincial election by re-affirming its opposition to the Enbridge Northern Gateway pipeline and stating its opposition to the proposed KinderMorgan expansion of the Trans Mountain pipeline. Our political leaders must have the honesty and courage to reject jobs that involve accelerating carbon pollution, yet the BC Liberals under Christy Clark have been completely silent on this ethical duty to our kids - in spite of claims to care about families. As an economist, I have seen strong evidence that we can create sustainable jobs to replace the earth-destroying jobs from expanding coal and oil production. In 2007 the BC government stopped two coal-fired and one natural gas-fired power plants and the replacement electricity from wood waste, small hydro, wind and other renewables created far more jobs according to independent analysis by leading accounting firms.

Here is a link to my interview with Bloomberg TV's Michael Crumpton on The Bottom Line, explaining that long-lived infrastructure to increase carbon pollution, like the Keystone XL pipeline, is inconsistent with political promises to do what is needed to avoid a greater than 2 C increase in global average temperatures - and explaining that where we shift away from carbon pollution we can create just as many jobs as has been occurring with good news stories around the world.
Posted by Mark Jaccard at 10:16 1 comment:

Crossing swords in US TV debate with KXL advocates

My whirlwind 2 days in DC April 10-11 included 3 hours of congressional testimony, meetings with EPA staff, a meeting with NGOs and media, and a debate on Keystone XL on the nationally televised TV show, The Hard Question. My co-panelists were people from the US oil industry, a representative of the Alberta government, and a former North Dakota senator. Fun. One thing that surprised me though, was that everyone agreed on the urgent need for global action on carbon pollution and strong domestic US policies to price or regulate carbon pollution. In other words, "Yes, we absolutely must act on this urgent global threat to us and our children. But, for now, let me and the people I represent get rich while making the problem worse and doing nothing about it."  There is also an abbreviated video showing highlights form the debate. 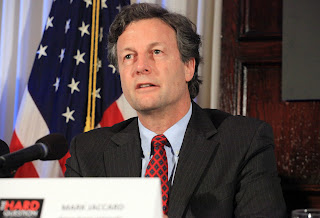 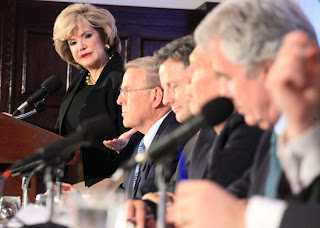 Oral Testimony to the US Congress Subcommittee on Energy and Power hearing entitled
“H.R. 3, the Northern Route Approval Act.”

The State Department assumes that future production of the Alberta oil sands will be the same even if it denies construction of Keystone XL. Yet a great deal of evidence contradicts this assumption. Ironically, much of this evidence comes not from environmentalists, but from industry analysts, Canadian politicians, and even the oil sands producers themselves.

I was invited by Rep. Henry Waxman  (of the former Waxman-Markey bill) to speak as a witness at the Congressional Hearing on Keystone, the "Northern Route Approval Act,” Subcommittee (April 10, 2013) which discussed approval of the Keystone pipeline.  My testimony and that of the other witnesses is now available for viewing as a webcast.  If you just want to hear my 5 minute testimony, skip to minutes 31:11 - 36:40.  This is followed by a question period and statements from the members of the Congressional Subcommittee on Energy and Power.

On April 10, 2013 in Washington, DC I will present a 5 minute oral testimony.  I was also asked to prepare this more detailed written testimony before a congressional hearing on Keystone as a witness called by representative Henry Waxman of California (of the former Waxman-Markey bill). I will focus on exposing the delusion that each single infrastructure expansion like Keystone does not matter – even though of course they add up to climate calamity.

Posted by Mark Jaccard at 07:06 No comments: